Amidst a changing privacy landscape and an ever-digitalising society, offline data has risen to prominence in the data and analytics space due to its simplicity.

Offline data refers to all data that is collected manually, whether that be customer information, loyalty card information, purchase information or customer service cases.

As marketing continues to move towards a people-based approach, offline data is allowing marketers to unlock new and sometimes unexpected insights about their customers.

Here are a few examples.

British grocery giant Tesco has been using loyalty cards since the 1990s as a way to collect valuable data while also providing customers with special offers. Today, it is one of the biggest loyalty programmes in the world, with over 16 million users having signed up for the ‘Clubcard’ scheme. As shopping has continued to move online in recent years, the Tesco Clubcard has allowed the grocer to continue to collect the purchasing habits of its millions of customers.

This allowed Tesco to start giving out ‘health scores’ for each shopping basket, in an effort to help customers make healthier decisions. Using data that is collected via Clubcard, Tesco was able to identify trends and then help influence customer behaviour. On the back of health scores, Tesco started to include barcode-enabled healthy recipes in its magazines.

With audiences increasingly consuming media across a variety of different channels, media companies are now leveraging offline data to gain a deeper understanding of their audience. Here in Australia, Nine has recently launched ‘Audience Match’ as a way to bring together online and offline data. Using hashed email addresses, Nine is able to take first party data from its partners and match it with audience data from across its 13 million registered users.

This means a business like Coles, which has signed on to be a part of Audience Match, can take its in-store purchase data and use it to deliver people-based marketing campaigns. This can lead to powerful insights. For example, Coles might be able to identify that people who buy readymade meals are more likely to watch the news via BVOD. From here, Coles could modify future marketing campaigns accordingly.

Back in 2012 – when the marketing industry was still heavily reliant on using third-party cookies for targeting – Republican candidate for the US Presidential Election Mitt Romney started to change the way data was used in elections. Romney started serving ‘customised’ ads based on data that was known about an individual. And while this targeted approach had been normalised in ecommerce by this time, Romney was one of the first political candidates to take to ‘microtargeting’ potential voters.

One of the most interesting revelations from the entire campaign was the fact that Romney and his team were in fact using offline data to target voters. The New York Times revealed voters were targeted based on offline signals, such as charities a person supported, what type of credit card the person had and even what kind of car they drove. This data could then be matched with voting records to see how often that person had voted in previous elections. Using all of this offline data, Romney’s team was able to identify segments they believed might be receptive to the candidate and customise the messaging accordingly.

President Barack Obama also made headlines for his use of data in that same 2012 election. His campaign team encouraged Americans to access the Obama for America website via Facebook, giving them access to the rich data that comes with the social media platform. With a team of 100+ data experts, the Obama team gathered information about individual voters and delivered personalised ads it believed could make a difference.

At smrtr, we work with our partners to connect online and offline data as a way to find new customers. We know that offline data serves as an excellent way for marketers to deliver data-driven campaigns in a privacy compliant way and provide access to the anonymised data of over 16 million Australians. Through The Looking Glass: The Rise Of ...

Using Data To Supercharge Your Business... 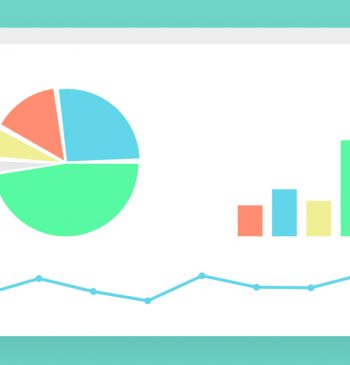 How Data Can Solve Your Churn Problems